“Android is basically a piece of software which allows your hardware to perform”. Android is an operating system for mobile phones the most popular being smartphones" Due to the Android Mobile sales and the fact that Government of India is encouraging Start-ups through their various programs. Huge amount of job openings are expected in the Android App Development Job Market. Android training course at CNC WEB WORLD is a highly intense and completely engaging course where students are taught different skills in App Development.

This Android Training Course is a full fledge course that will give you all the knowledge needed to work with the Android platform. Some important topics covered in this training are Android Architecture, its components and the various resources, the process of Application Lifecycle, the Layout Manager, the different styles, menus, intents, broadcast notifications, the SQLite database and Google Play Store registration.

Our course is 100% practical one faculty for one student. This course is a basic course designed for the students who want to make a career in software development Industry. The course covers all the aspects which are necessary to learn c programming.


Android is an operating system for mobile phones the most popular being smartphones" Due to the Android Mobile sales and the fact that Government of India is encouraging startups through their various programs. The Android development is the combination of XML (Extensible Markup Language) and Java. As it is the development of applications for an Android mobile phones, developing any Android app is not so difficult now-a-days, anyone can develop it easily after a Android app development course in pune.

The Android operating system is the most common as well as the primary platform for mobiles and consumption of content which range from social and communication applications such as Whatsapp, Facebook Messenger, Skype, Instagram, Slack and Snapchat to the services applications such as Uber, Swiggy, Foodpanda, Google Pay and Paytm, Android facilitates these companies to provide 24x7 to their users of all the nation. Also, it is having easier application maintenance and of cost-effective, that’s why, it has a huge market.

Since from last few years, IT industry in India has shown the huge growth with an innovative technologies developing now and then, by this the IT industry in India is in progress to become the fastest growing market world-wide and is one of the largest private sector employers in India such as Infosys. So, India being a hub for the fast developing technologies such as cloud computing, application development, big data, analytics, web development and more, there is a huge demand of IT professionals with skill sets in the different technologies.


The Scope of the Android Development

In today’s world, the Android operating software developed by Google Inc., is the most commonly used and one of the biggest platform for programmers to build different apps for smartphones, as India is the second largest country in the field of smartphones. By this, with the rapid increase in the usage of an Android based smartphones, according to Google’s Eric Schmidt, the mobile application development is the future of Software Development. So, the need of mobile apps is growing up, the scope is also increasing simultaneously for mobile application developers.

CNC Web World is the Android training institute in pune that teaches you on a thorough knowledge with Android Studio that begins from building the UI to connecting to the network services and launching your app on the Google Play Store. As most of the applications had the presence for both web and mobile, you will be having huge demand as an Android developer from the day you complete our Android development class. Along with providing study materials we will prepare you to be a part of this growing industry with working on the latest technologies.

Our Android training in pune provides you a well designed 100% practical oriented training according to demand in the IT industry from an experienced faculties who are working full time, developing the complex mobile apps. As Android is the world's best platform for mobile applications and is a versatile application which is flexible with hardware, you will get an exposure to the developed computer labs, interactive sessions, regular revision and an opportunity to work on live project development in order to gain hands-on experience.

Our Android courses in pune fees will help you to learn the mobile application development from scratch and make well prepared for new job opportunities in the start-ups and MNCs. Our aim is, you should build various apps for the Android phones, Android tablets and Android TVs because we offer real time IT industry based projects and in-detailed practical knowledge with 100% job assistance. Hence, this course is meant for those, who want to make their career as an software Android developer which is one of the highest paying job in IT Sector.

Further, we have kept Android classes in pune the flexible training schedules for entire modules for beginners, intermediates, and experts. From one-to-one classroom to group of 5 the Android training is provided during weekdays and weekends that helps you to pursue a successful Android training and certification from CNC Web World institute. Our pocket-friendly Android course fee structure is affordable with primarily focusing on; from the Android development course you should easily build and develop your own applications.

If you are technical graduates, BCA/MCA, B.Tech./MCS, woking software engineers looking for the career in Android Application Development, looking for mobile app development Certification course or looking to develop the skills into Android development, then you can go for this course. During Android training, you will learn the Java concepts, introduction to Android, Android architecture, advanced Android, web services and Android Testing. You will be prepared with more proficient in using the Android development tools such as Android Studio, DDMS, Drawables, Listeners and Activity Lifecycle to gain expertise in making the mobile applications.

Our Android training in pune with placement consists of the basic to advanced level training in such a way that you will get the good job in reputed software companies in Pune as soon as once you complete the Android certification course. Later, you as an Android developers will have bright future ahead in the developing IT market where you can work as per your schedule at anytime and anywhere by designing an app and uploading it to the Google Play Store, moreover, if your app is good then with the every download you can earn money.

Huge amount of job openings are expected in the Android App Development Job Market. Android training course at CNC Web World is a highly intense and completely engaging course where students are taught different skills in App Development. Our personalized training in mobile application development will qualify you for a range of in-demand job roles such as -

As of now, the mobile apps are in huge demand which makes you to launch your career as an Android developer. Fill an enquiry form and get a call back now to get a better guidance to your career. The next-gen Android training starts here!

My experience with CNC WEB WORLD was good, especially because of their helpful faculty. I became very good at Website Designing. ...

CNC WEB WORLD has helped me acquire the required skills to turn into a professional in this dynamic industry of web designing. You must be dedicated and passionate. ... 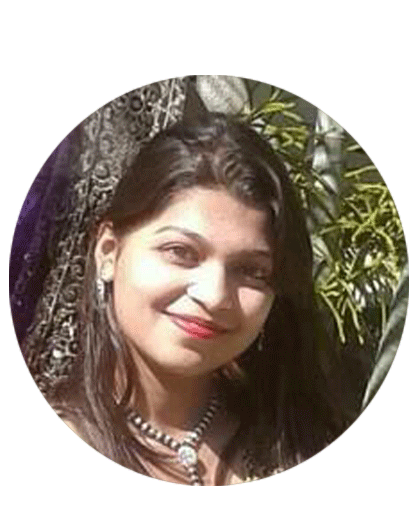 Learning at CNC WEB WORLD was fun along with important tips given by teachre's. It is one teacher to one student training institute, by which we get more attention....